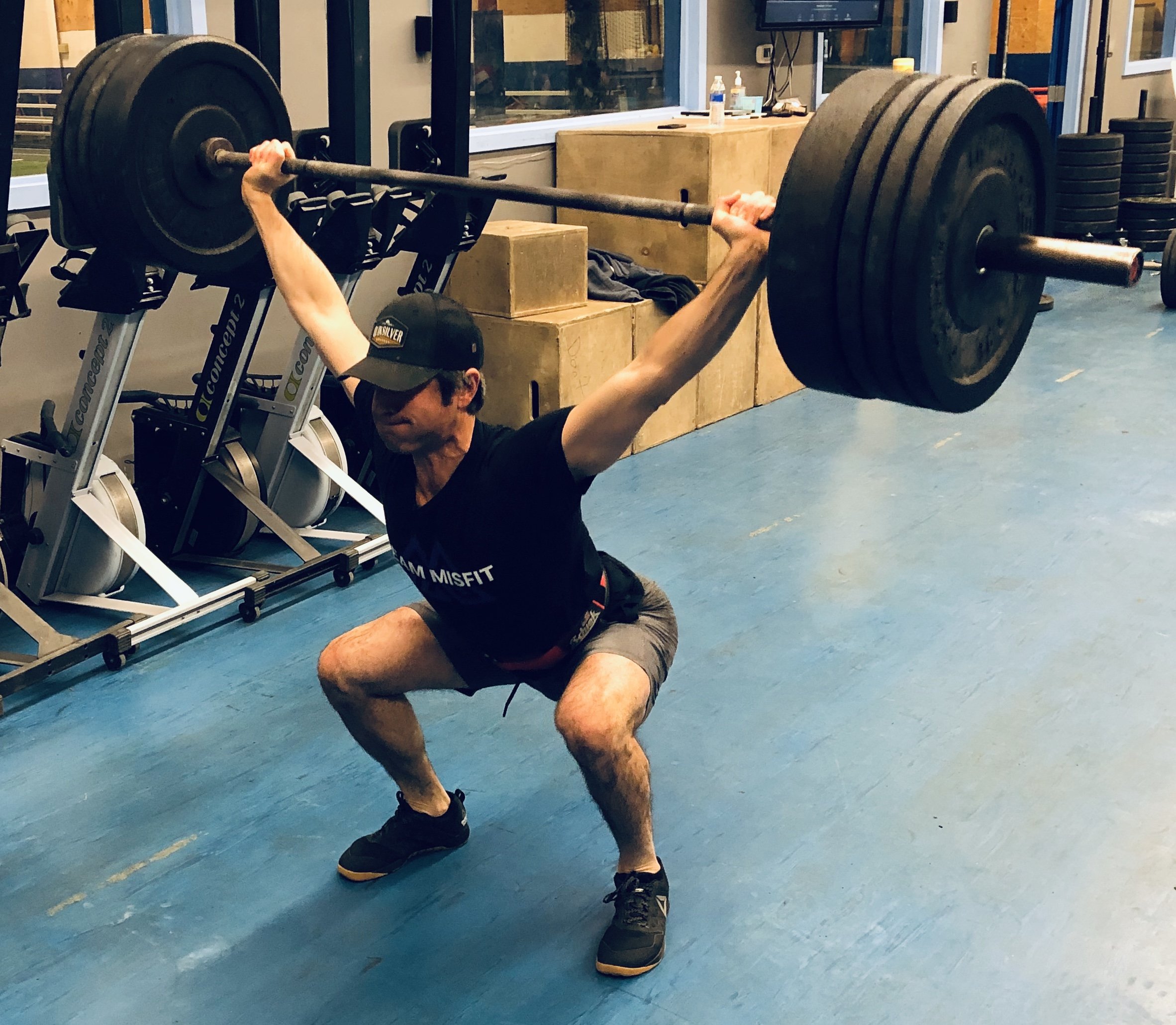 Sports and competition have been a part of Ron’s life from a young age.  In high school Ron was a member of the variety baseball, basketball and soccer teams serving as captain of the soccer team.  In college Ron decided to focus on soccer, starting as a freshman.  After college Ron was in a constant search trying various forms of fitness that would be both challenging and exciting.  About four years ago Ron walked into his first CrossFit class and has never looked back.  In CrossFit he found the variety and constant challenge that he had been searching for.  What he had not expected  was the sense of community and support that surrounded the CrossFit culture.  In 2011 at thirty-seven years old Ron ruptured his achilles tendon.  Three days after surgery he was back at the box doing pull ups and any upper body work he could manage.  In less than six months from the date of his injury Ron was back to full activity.  He attributes the fitness CrossFit had provided him with his quick recovery.  If you ask him today what the most rewarding part of being a CrossFit coach is, he will tell you without hesitation that is is helping people achieve their goals and accomplishing things they did not believe were possible.